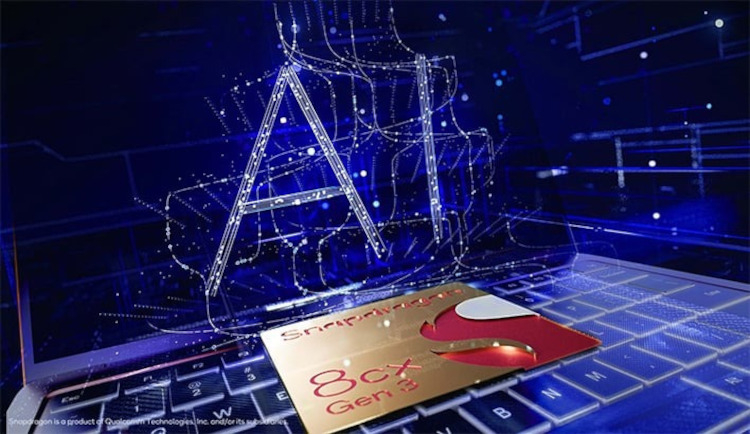 Arm processor and Windows computers have been available for years, but the tandem is still not as popular as the combination of this OS with x86 architecture.Nevertheless, Qualcomm is releasing more and more efficient chipsets for laptops - during the 2022 Snapdragon Summit, it was announced that it was developing new CPUs for Windows laptops.The developer also promoted the idea that the future of Windows PCs is closely linked to Arm solutions and additional modules for processing AI algorithms.Image source: QualcommThe x86 architecture relies on two main components for computing - the CPU and GPU, so when working intensively with artificial intelligence algorithms, both types of gas pedals experience significant loads, consuming a lot of power in the process.On the other hand, Snapdragon chipsets use the Hexagon digital signal processor (DSP), which performs AI-related tasks.As a result, the resources of the core processors are freed up for other purposes.Image source: QualcommThe Snapdragon Summit was supported by Qualcomm's partners - Microsoft, Adobe, and Citi.Microsoft noted that the SQ3 chipset is used in the new Surface Pro 9 5G with numerous features involving AI - from the ability to blur the background during video interviews to the camera's ability to maintain contact with the user's eyes regardless of what position the user is in relative to the lens.Adobe has previously added Snapdragon-based AI support for its Sensei machine learning tool that enhances the performance of Photoshop, Lightroom and Premiere Pro.The company says Snapdragon's AI engines will help improve even more Creative Cloud applications in 2023.Citi isn't using anything yet, but reportedly plans to move 70% of its staff to mobile computers based on Qualcomm products - like the Lenovo ThinkPad X13s.Most of today's Snapdragon chipsets now use CPU cores produced under the Qualcomm-owned Kryo brand.At first, the company used the architecture of its own development, but later switched to off-the-shelf solutions of the Arm Cortex family.Now Qualcomm has announced that in the future it will introduce notebook CPUs of the new family Oryon.Image source: QualcommThe new platform will reportedly be the first to emerge from Qualcomm's acquisition of NUVIA - it is possible that this is the basis for the next generation computer platform, the Snapdragon 8cx Gen 4.In addition, it is known that Oryon will use a custom architecture based on the Arm command set, but is not among the latter's off-the-shelf solutions.The company has promised to start shipping the product to the market starting in 2023.