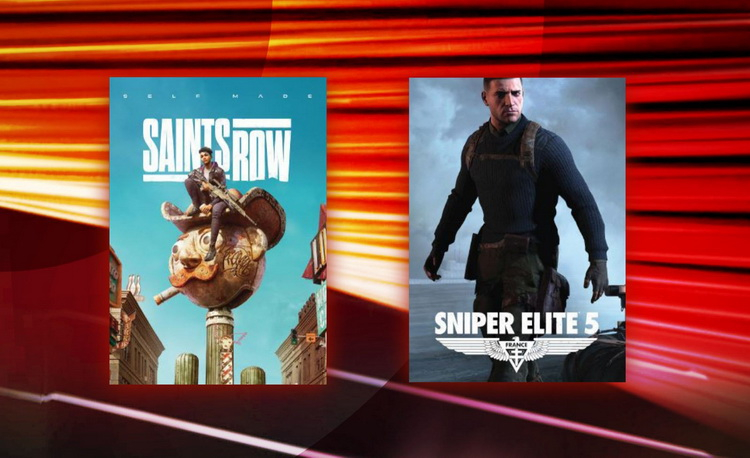 AMD company named the games, which will be given away as part of the promotional campaign to buyers of graphics gas pedals Radeon RX 6000.Recall that the action Raise The Game was launched almost two weeks ago.Image source: VideoCardzA AMD decided to stimulate the sales of its graphics cards by holding game giveaway action.As expected, depending on the purchase of one or another Radeon RX 6000 model, you can get Saints Row and Sniper Elite 5 for free.Curiously enough, both have yet to be released.For example, Sniper Elite 5 is scheduled for release on May 26, and Saints Row is not expected before August 23.Image source: AMDThe AMD campaign runs from May 10 to August 13.During this period, when purchasing Radeon RX 6000 graphics cards, customers will be given a special code that must be activated by September 13.The list of countries and retailers involved in the campaign can be found on the AMD website.Russia is not on the list. 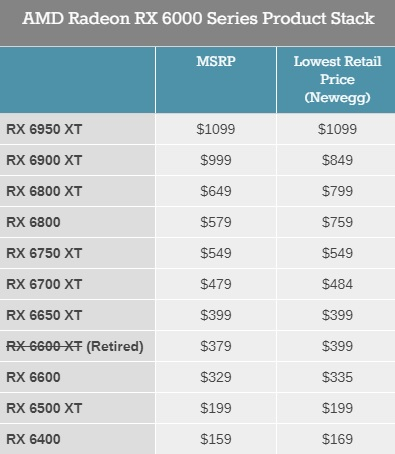 To attract new customers AMD is preparing a promotion in which it will give away free copies of games when buying Radeon RX 6000 series graphics cards.The names of the games are unknown at the time of this writing.Image source: VideoCardzThe idea of giving away licensed copies of games when you buy this or that gaming computer equipment is well known.Usually, manufacturers conduct such actions when they release a new product or when the life cycle of the product in this or that generation comes to an end.During the last year and a half AMD and NVIDIA companies did not very often offer such promotions with free game offers (though there were some exceptions).Simply because video cards were always on sale due to scarcity, regardless of their cost.However, in recent weeks the situation on the video card market has changed rapidly.Firstly, the prices of gas pedals have come as close as possible to the recommended prices, and secondly, right now the cryptocurrency market is crashing.Both factors collided at the most inopportune moment for AMD - during the release of updated Radeon RX 6x50 series gas pedals.By the way, you can read their reviews here and here.Prices of Radeon RX 6000 graphics cards: left - recommended, right - actual.Source image: AnandTechTo stimulate graphics cards sales AMD has announced a promotion Raise The Game, in which when buying Radeon RX 6000 series gas pedals to buyers will be given licensed copies of games.The company is in such a hurry with the promotion that it hasn't even indicated which games will be part of it.This has never been done before. The company itself does not yet know what games will be giving away.Image source: AMDPortal AnandTech managed to get more information about the event.According to them, with Radeon RX 6000 gas pedals will be offered copies of the games Saints Row (released on August 23) or Sniper Elite 5 (released on May 25).However, this information has not been officially confirmed yet.The rules of the promotion also don't say anything about which games with which graphics card will be given away.However, they do confirm that even the entry-level gas pedal Radeon RX 6400, which simply can not be called a gaming one, participates in the program. The list of participating graphics cards.Image source: AMDThe Raise The Game campaign will run from May 10 to August 13.All indications are that the company did not plan to launch it so early, but the rapid reduction in the price of graphics cards left it no other choice.It is very likely that in Russia this campaign will not be held.Recall that AMD officially suspended its work in the Russian market as part of the sanctions.