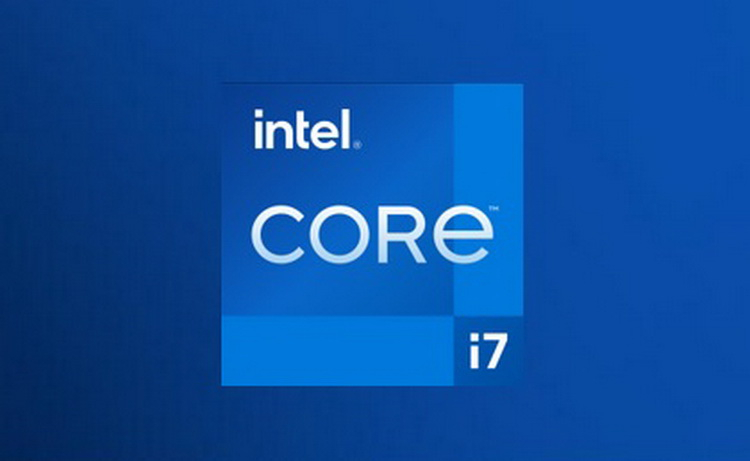 The Geekbench database has revealed information about two more upcoming Rocket Lake-S series processors; Core i9-11900T and Core i7-11700. The first belongs to the energy efficient chips of T-series with the power consumption level of 35 watts. These processors are designed for use in compact non-gaming PCs. The second chip differs in the lack of manual overclocking capabilities.

According to Geekbench, the Core i9-11900T has a base frequency of 1.5 GHz. In Turbo mode, it can go up to 4.9 GHz. This is almost 400 MHz lower (including Thermal Velocity Boost) than the flagship Core i9-11900K of the same Rocket Lake-S series. Only the latter has TDP value three and a half times higher than its power efficient variant. Claimed nominal power consumption level of Core i7-11700, in its turn, is 65 W. Both models have 8 cores and 16 virtual threads each.

These chips were tested on ASUS ROG Maximus XIII Hero motherboard, which is based on Intel Z590 chipset. In a single-threaded Geekbench test, the Core i9-11900T showed a score of 1717 points, which is higher than all Ryzen 5000 series processors presented in the same test. But the 16-threaded, energy-efficient model was no match for Zen 3-based 24- and 32-threaded solutions in multi-threaded tasks, scoring only 8,349 points in them.

Intel's Rocket Lake-S processors are based on Cypress Cove's 14nm core process technology. Core i9 and Core i7 models will be able to offer a maximum of 8 physical and 16 virtual cores, while Core i5 models will get six cores each, capable of handling 12 virtual threads. The release of these processors is expected before the end of the first quarter of this year. One of their main features will be support for PCIe 4.0 interface. 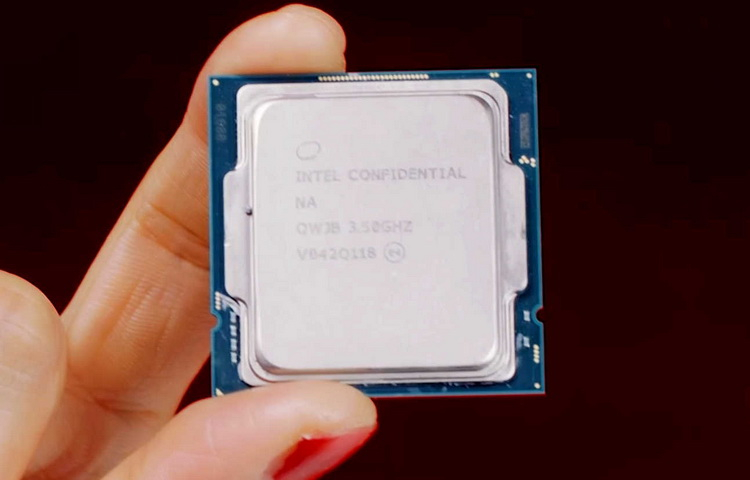 Intel Core i9-11900K model will be the future flagship of the desktop series of Rocket Lake processors. The processor has eight physical cores capable of processing 16 virtual threads, and has 16 MB of total L3 cache memory and 4 MB of L2 cache memory (512 Kbytes per core). The processor has a base frequency of 3.5 GHz. In Turbo mode, it can go up to 5.2GHz per core or up to 4.8GHz for all cores. The chip supports Thermal Velocity Boost, which adds another 100 MHz to the maximum frequency. Thus, one processor core is able to automatically overclock up to 5.3 GHz. Traditionally for Intel flagships the nominal TDP value of the processor is 125W (PL1) and maximum TDP level is limited by 250W (PL2). According to a Chinese enthusiast who conducted the tests, the Intel Core i9-11900K qualification sample ran on a motherboard with Z590 chipset, equipped with the final version of the BIOS, which will be available at the time of the board sale. The fresh firmware increases the performance of the Rocket Lake-S qualification sample, but in some cases the chip still showed instability, especially when trying to overclock manually. This manifested itself in crashes and lquo;blue screens of death» during tests. It is likely that by the time the launch of chips Intel Core 11-th generation motherboard manufacturers will release a more stable firmware.

As for the early AMD Ryzen 7 5700G engineering sample we talked about yesterday, it ran on a Gigabyte X570I Aorus Pro board. The desktop hybrid Ryzen 7 5700G uses 8 physical cores and 16 virtual threads and clocked at 4.45GHz. Since it's an engineering sample, several of its features including integrated Radeon Vega graphics were blocked via BIOS. The AMD Ryzen 7 5700G and Ryzen 7 5800X processors used PBO mode during the tests. And Intel chip worked with manual overclocking up to 5.2 GHz on all cores. In synthetic tests except for single threaded Cinebench R15 sample Intel Core i9-11900K was faster than both AMD processors; Intel Core i9-11900K, AMD Ryzen 7 5700G and Ryzen 7 5800X results in Cinebench

In gaming tests, the picture wasn't as clear-cut. Despite the huge frequency advantage as a result of manual overclocking up to 5.2GHz on all cores, Intel Core i9-11900K barely equaled the same eight-core Ryzen 7 5800X, and in some games even yielded to it. The screenshots of the gaming tests and the graph with the average performance level of three processors can be found below. Game results of Intel Core i9-11900K, AMD Ryzen 7 5700G and Ryzen 7 5800X

Again, it should be recalled that the Intel Core i9-11900K and AMD Ryzen 7 5700G results are based on engineering samples. The final performance level of both processors is very likely to be higher. But hardly so much so that Intel Core i9-11900K will be able to compete with the flagship Ryzen 9 5950X solution in the same games, especially if AMD considers lowering the prices of its Zen 3-based desktop solutions by mid-2021. 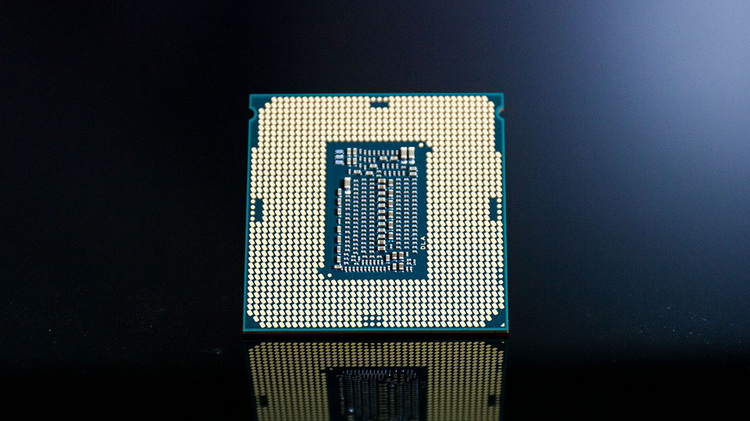 The Geekbench database has a record of testing the final (release) version of the eight-core and 16-thread Intel Core i7-11700K generation Rocket Lake-S processor. It is based on the new Cypress Cove architecture and built using 14nm process technology. According to the test, the novelty was 8% faster than the flagship AMD Ryzen 9 5950X in a single-threaded test.

Intel's 11th generation Rocket Lake-S desktop processors are expected to be announced early next year. They will be able to work with current Intel 400-series motherboards, but the manufacturer is also going to release new 500-series boards for them. One of the most important features of the Rocket Lake-S processors will be support for PCI Express 4.0. 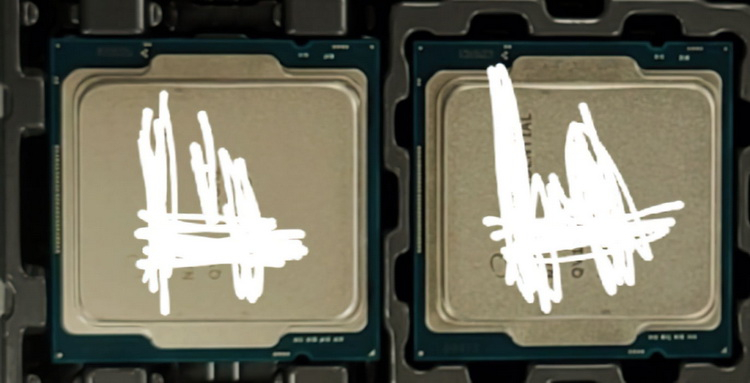 Internet detective Tum_Apisak found the first performance results of the flagship processor Intel Core i9-11900K (Rocket Lake-S) in the game test Ashes of the Singularity. They indicate only the base chip frequency, which is 3.5 GHz, which is 200 MHz lower than the base frequency of the current flagship Intel Core i9-10900K generation Comet Lake-S.

According to official Intel information, the future flagship of the Rocket Lake-S family is equipped with eight cores and sixteen virtual streams. Intel Core processors of the 11th generation are based on the new architecture of Cypress Cove cores. Against the background of the older model Comet Lake-S new flagship Intel has lost 2 physical and four virtual cores. But instead, the novelty will be able to offer a noticeable increase in IPC (number of executable instructions per stroke), which compensates for performance differences in multithreaded tasks and, hopefully, will offer an even higher level of single-core performance. Checking Intel Core i9-11900K in the game test Ashes of the Singularity was carried out with the settings of the graphics "Crazy" at resolutions 1920 × 1080, as well as 2560 × 1440 pixels. In the first case, the processor showed a result of 6400 points at an average of 64.7 frames per second, in the second case, it scored 6200 points and showed an average of 62.7 frames per second. One of the owners of the Ryzen 9 5950X flagship shared the chip's performance results in the same test and pointed out that at 1080p, the AMD processor achieved 7100 points at an average of 72 frames per second. Thus, the Ryzen 9 5950X was 11% faster than the Core i9-11900K in this particular game test. It should be noted that behind the flagship AMD is an advantage in the form of twice as many physical and virtual cores.

Rocket Lake family chips will be the first Intel processors to offer support for PCIe 4.0 interface used by modern graphics gas pedals and storage systems. The new generation of processors will be able to work with current motherboards based on 400-series system logic, equipped with a processor connector LGA 1200. However, with the release of new processors, Intel will also present a new generation of 500-series chipsets. Announcement of both products is expected in the first quarter of 2021.