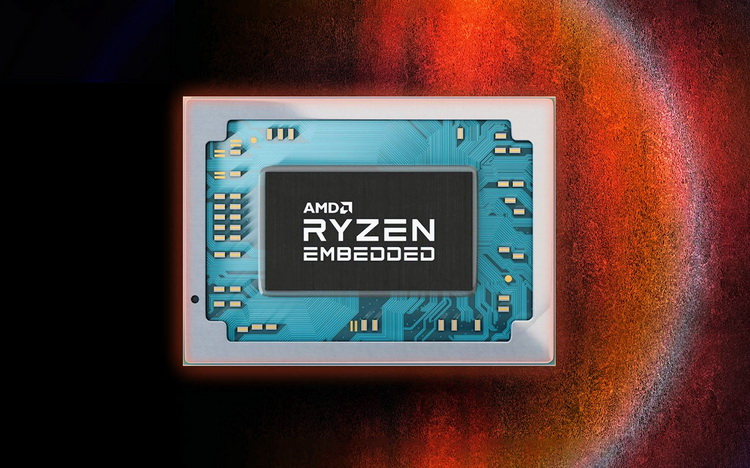 AMD has introduced Ryzen Embedded R2000 processors for embedded systems.They are based on the Zen+ architecture.The series includes four models, which have two or four cores.Image source: AMDThe manufacturer notes that compared to Ryzen Embedded R1000, the performance of the new products increased by 81%.The processors offer a frequency of 2.1 to 3.35 MHz, have 2 or 4 Mbytes of L3 cache and 1 or 2 Mbytes of Layer 2 cache, and have a claimed power consumption level of 12 to 54 W.The new processor series has support for dual-channel DDR4-3200 memory.Moreover, the number of PCI Express 3.0 lanes is doubled to 16.Some Ryzen Embedded R2000 models offer multithreading support.Source image: VideoCardzThe new processors allow you to connect not three, but four 4K displays, but support for HDMI is still limited to version 2.0b.Support for USB 3.2 Gen2 appeared.We can also note the presence of the new products AMD Secure Processor security coprocessor, which allows you to encrypt the contents of RAM in real time.Chips Ryzen Embedded R2000 refers to the industrial series, so their support term is 10 years.For the new chips support for Windows 10/11 and Ubuntu LTS operating systems is claimed.AMD notes that the number of partners who have already presented or are about to present their solutions based on Ryzen Embedded R2000, include Advantech, DFI, IBASE and Sapphire Technology.The chips will be used as part of platforms for gaming machines, digital kiosks, thin clients, industrial system boards, SD-WAN platforms and other products.The company indicates that the junior models of Ryzen Embedded R2000 series processors are in production.The older chips will be available this October. 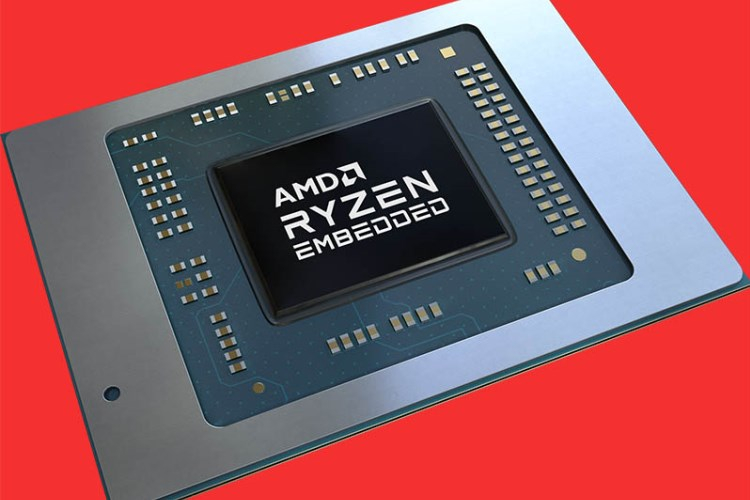 AMD introduced a new product in a family of high-performance embedded processors. It is about Ryzen Embedded V2000 chips based on Zen 2 microarchitecture and AMD Radeon high-performance graphics, which are produced according to the 7 nm process.

The V2000 series consists of four processors in BGA execution, of which V2748 and V2546 have higher operating frequency and consume more power, while V2718 and V2516 have lower TDP value and lower clock frequency.   Compared to the previous generation chips, the V2000 series processors deliver twice the multithreaded performance per unit of power consumption. In single-threaded performance, up to 30 percent increase and in graphics  & ; 40 percent increase. All presented models of processors are able to work with dual-channel memory DDR4-3200 ECC and provide support for up to four displays in 4K format.

Processors Ryzen Embedded V2000 not only more productive and energy efficient than its predecessors, but also more secure. They provide advanced security features designed to protect against unauthorized access to memory and critical software. The new processors support AMD Memory Guard, a set of security features including secure loading and memory encryption that help prevent attackers from accessing data.

AMD guarantees the availability of the V2000 series processors for ten years. The first solutions based on Ryzen Embedded V2000 processors will soon be introduced by Advantech, ASRock, Sapphire and iBase.