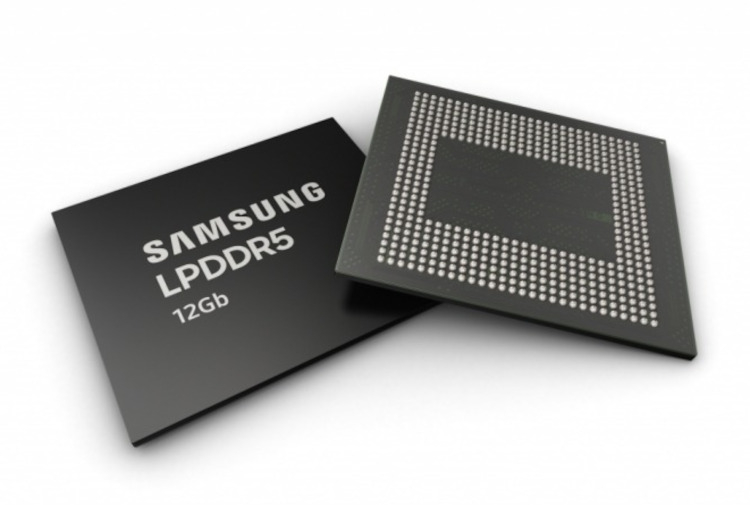 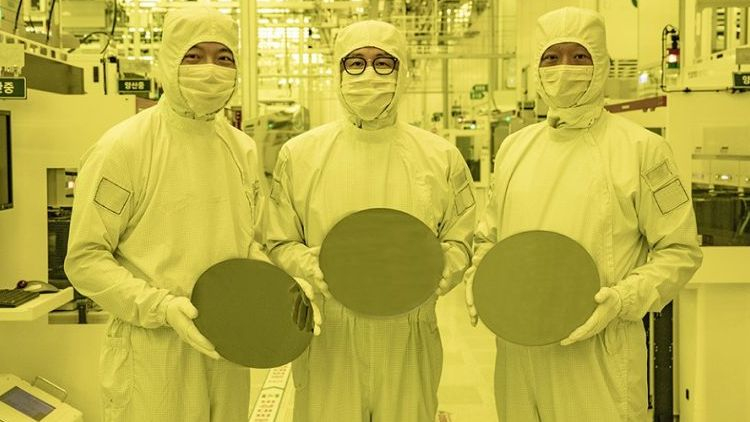 According to some reports, in the generation of Galaxy S23 smartphones that will debut in early 2023, Samsung Electronics will completely abandon the use of internally developed Exynos processors in favor of Qualcomm 4nm components, which will be produced by TSMC.Only a year later, 3nm Samsung processors will have a chance to fit in smartphones of this brand.Image source: Samsung ElectricSuch as mentioned earlier, the \"first wave\" of 3nm chips produced by Samsung Electronics will be intended for Chinese developers of specialized gas pedals used in the mining of cryptocurrencies.It was their production in small quantities was established at the pilot line in the Korean Hwasong by the end of last quarter.For its own needs, as explained by Business Korea, Samsung Electronics will use a second-generation 3-nm process, which will be mastered only next year.The company will begin producing its own mobile processors using this processor by early 2024, at which point they will be able to fit into Samsung smartphones.It is possible that production of Samsung's 3-nm processors will be set up at facilities in Pyeongtaek because the production capacity at Hwaseong is limited in terms of scaling capacity.Rival TSMC will set up mass production of 3-nm chips only by the end of this year, but it is not certain that in its case the start will be as protracted, so it is premature to talk about a clear advantage of Samsung Electronics in terms of timing. 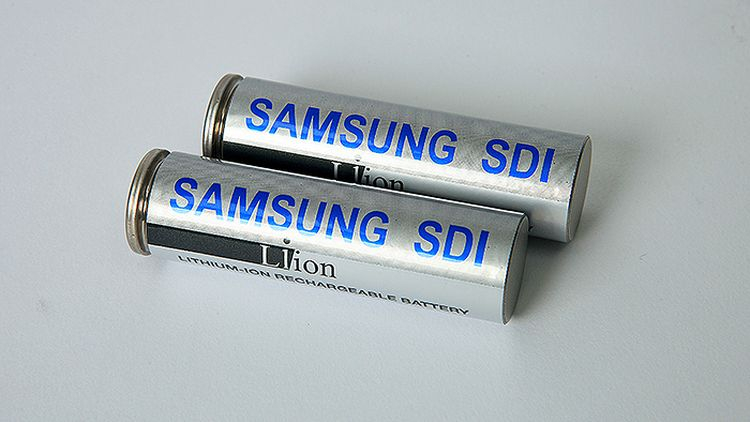 Samsung SDI's decision last month to build a $2.5 billion traction battery plant in the United States with automaker Stellantis may not be the last of its kind.Korean media reports that formal head of Samsung Lee Jae-yong (Lee Jae-yong) during his visit to Europe may find a partner among the automakers to organize the local production of traction batteries for electric cars.Image source: Samsung SDINot for sure, as explained by Business Korea, this partner will be Stellantis, because the issue will be discussed during the visit of Samsung Electronics vice-president to Germany, where the position of the auto industry is traditionally strong.The European subdivision Samsung SDI already has enterprises in Hungary and Austria, while the new site will have to be developed jointly with one of the interested carmakers.The program of Samsung's European visit also includes visits to the headquarters of Siemens and Infineon Technologies.The Korean conglomerate has a long-standing relationship with the former, and the latter could reportedly be an asset Samsung would like to buy.Lee Jae-yong will also visit the Netherlands, Belgium, Britain and France.In the first of these countries, he is interested in talks with ASML on the supply of lithographic equipment, and in the second, he will talk to the authorities of the united Europe about the possibility of Samsung receiving subsidies if it builds new plants in the region. 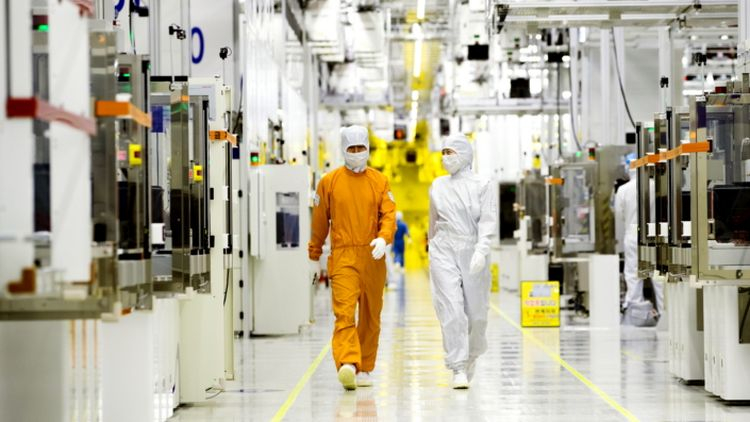 In the first quarter of this year, Qualcomm managed to make it into Samsung Electronics' top client list for the first time, according to Korea's Yonhap News agency.This was helped by an increase in revenue the Korean contractor receives from contract manufacturing services for mobile processors for the U.S.developer.Together, the top five customers account for about 14% of Samsung's revenue.Image source: Samsung ElectricsIn the last quarter, Qualcomm swapped places with Verizon on this list, although German telecom operator Deutsche Telekom retained its position among Samsung's largest customers.Traditionally, competing with the Korean giant Apple is also among its largest partners, because it depends on Samsung in the supply of components for smartphones - the same displays, for example.Best Buy and Supreme Electronics round out Samsung's top five sources of revenue.In December, Qualcomm executives confirmed that Samsung's 4nm technology will be used to produce the Snapdragon 8 Gen 1 mobile processor.Now rumors attribute Qualcomm's rejection of the Korean contractor's services in the release of the Qualcomm Snapdragon 8 Gen 1 Plus processor, which will be released this Friday.It is believed that it will be produced by rival TSMC.Qualcomm's history of tossing from TSMC to Samsung and back is quite extensive in its content, but in terms of business strategy is intended to diversify the risks of dependence on a single processor supplier.According to TrendForce data for the fourth quarter of last year, TSMC controlled 52.1% of the global market for semiconductor contract manufacturing services, while Samsung Electronics was content with 18.3% of the market.Last month, representatives of the Korean giant said that there is a high demand for the core services of the company, as well as the reduction of defect rates in the use of advanced technological processes.Rumors about Samsung's intentions to raise prices for its services by up to 20% have not yet officially commented, but the Korean company's management in recent months is not tired to repeat that the pricing policy should be realistic and take into account the need to invest in expanding and modernizing production. 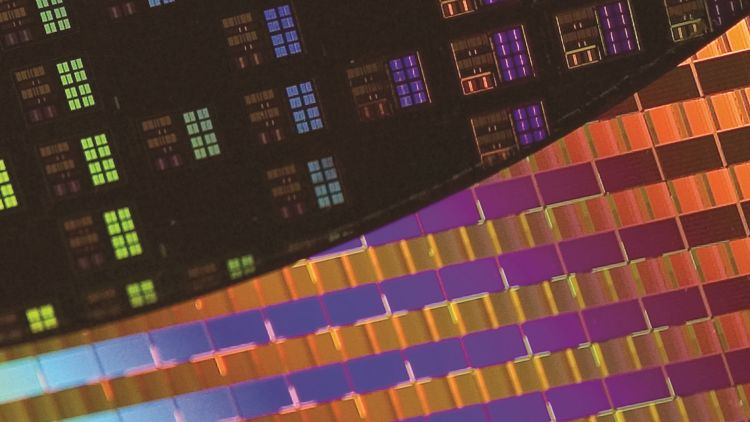 This is not the first year AMD has mentioned Samsung Electronics in its annual reports as a partner in the production of graphics solutions, although it may well be about the supply of memory chips. In the second half of next year, according to analysts, the cooperation between the companies could move to a new level & ; Korean contractor may receive orders for the production of 4-nm AMD processors for Chromebooks.

This forecast is held by the analysts of J.P. Morgan, an extract from the report, which was published by Marc Moeldner on his Twitter page. This type of product will be produced in limited quantities, and for AMD it will probably be just a "test run" before a more serious stage of cooperation with Samsung. Already in 2023-2024 years, AMD may entrust Samsung to produce 3-nm products, which will include both graphics and CPUs, according to experts from J.P. Morgan. More precisely, at least part of the order may go to Samsung, because TSMC simply may not have enough capacity for all. It is unlikely the mass production of 3nm AMD products will become earlier than 2024, because the company TSMC only has to master the production of 5-nm AMD products in the second half of 2022. Along the way, experts predict that NVIDIA will return to TSMC for the production of its gaming graphics processors generation Ada Lovelace (GeForce RTX 4000), which will be produced on 5-nm technology by the Taiwan contractor. As is known, now gaming GPUs with Ampere architecture for NVIDIA produces on 8-nm technology, and server compute gas pedals on 7-nm technology produces TSMC. It is assumed that by the second half of next year the 5nm TSMC processor process will be transferred to AMD graphics processors. Intel will produce its graphics card chips using 6nm technology at TSMC facilities. In 2023 the processor giant will start ordering TSMC to produce some chips at 3nm technology, which can be used in CPUs, and graphics, as well as programmable matrices. Qualcomm has already made no secret that it will produce its flagship Snapdragon 8 Gen 1 mobile processors using 4nm TSMC technology, and by 2024 the first 3nm Qualcomm products will be built on the TSMC assembly line. In 2023 there will be the first 3nm Apple processors made by TSMC for mobile devices and computers of this American brand. At the same time the Taiwanese contractor will master the production of modems Apple's own design. According to J.P. Morgan representatives expect that TSMC will control up to 90% of the world market of 5nm products manufacturing services, as well as at least 80% of the market of 3nm contract manufacturing services.