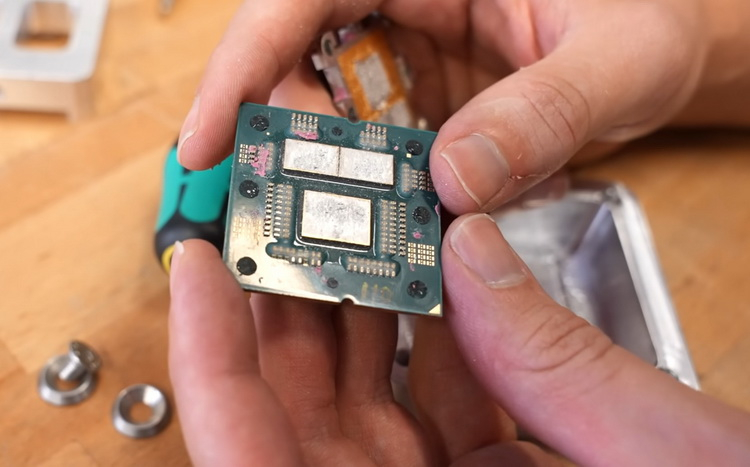 Reviews of Ryzen 7000 processors showed that they are very productive, but at the same time very hot chips.For example, the flagship 16-core Ryzen 9 7950X in tests heated up to 94-95 degrees Celsius, and in games - up to 76 degrees Celsius.At the same time, at peak load the processor can consume up to 247 watts of power.Decrease the operating temperature of new AMD processors is possible, but with a very risky procedure of scalping (removing the metal cover).Image source: Der8auerGerman enthusiast Roman Hartung, known under the pseudonym Der8auer, decided to check whether the situation with temperature indicators will improve by removing the heat spreading cover from Ryzen 9 7900X.The method turned out to be effective, but dangerous.The processor was successfully scalped and installed into Socket AM5 with a special frame instead of the standard mounting mechanism, which allowed to use a conventional liquid cooling system with the \"bare\" CPU. A model with 360mm radiator was used. Enthusiast recorded the frequency of all Ryzen 9 7900X cores at 5.4 GHz.The CPU temperature under load was only slightly higher than 70 degrees Celsius, while with the cover the temperature reached 90 degrees.This difference is due to the large thickness of the cover.An additional advantage of scalping turned out to be the reduced power consumption of the chip by about 15W due to its lower temperatures.This allowed the enthusiast to overclock all cores by an additional 100 MHz, reaching a frequency of 5.5 GHz.To remove the lid from the processor Der8auer used a prototype of a special tool for scalping by shear method.A production model of this tool should be available later on the market.It should be noted that this method of temperature reduction will not be suitable for most users.Firstly, it is risky.There is a chance of damaging the processor, as Hartung demonstrated at the end of the video.Secondly, it will deprive the processor owners of the manufacturer's warranty. 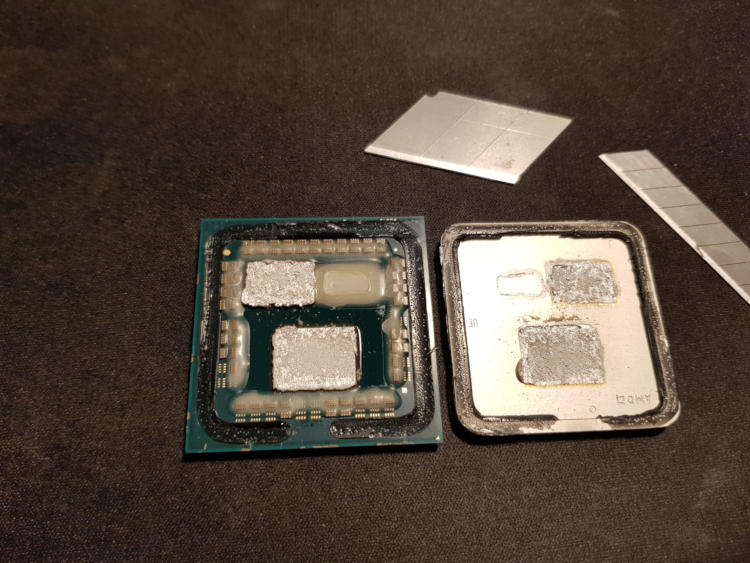