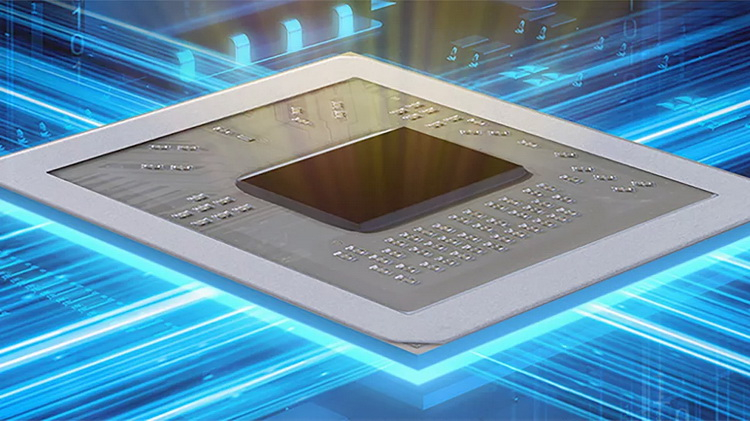 The performance data of KaiSheng KH-40000 processors from Chinese company Zhaoxin appeared in Geekbench 5 synthetic test database.Formally, this series of chips has not yet been presented.It will include models with up to 16 cores.As the first tests show, the performance of KaiSheng KH-40000 has increased against its predecessors, but it is not as good as modern AMD and Intel desktop processors.Image source: ZhaoxinThe Zhaoxin company, owned by Via Technologies and the Shanghai government, has continued to use Via microarchitectures in its products (or more specifically, Centaur Technology, which was absorbed by Via) since the middle of the last decade.The upcoming KaiSheng KH-40000 series of data center processors use the CentaurHauls microarchitecture, which some technology experts say resembles the Intel Haswell architecture from 2013.The 16-core KaiSheng KH-40000/16 and 12-core KaiSheng KH-40000/12 were noted in Geekbench 5 tests.Both chips run at a frequency of 2.20 GHz.It is known that the senior model has 32 MB of L3 cache memory, the junior model has 24 MB of L3 cache memory.The senior model supports SMT technology, so the processor has 32 virtual threads.Based on the data collected by the Geekbench 5 test, the Zhaoxin KaiSheng KH-40000/16 and KaiSheng KH-40000/12 models are very similar to the never-released Centaur CHA processor reported earlier.Nevertheless, there is a difference between the chips.The difference is half the number of cores of the Centaur CNS, its lack of SMT support, and the use of TSMC's more mature N16 manufacturing process.The new KaiSheng KH-40000 chips are believed to use the more modern TSMC N7 process technology.Although the new KaiSheng KH-40000 processors on the CentaurHaul architecture operate at 2.20 GHz, in tasks related to single-threaded performance, they prove to be significantly faster than the previous generation chips on the LuJiazui architecture, which operate at a higher frequency of 2.70 GHz.This statement is true both for integer operations, where the new chips are 22% faster, and in floating point operations, where their performance is 75% better.On the background of predecessors, which in the comparison test (results below in the table) represents the eight-core Zhaoxin KX-U6780A model, KaiSheng KH-40000 processors show themselves significantly better.However, in comparison with any modern AMD and Intel processors, they lose out cleanly.For example, their single-threaded performance is even lower than AMD's Bulldozer/Piledriver chips from 2012. There is also a very significant difference in multi-threaded performance between the KaiSheng KH-40000 12-core and 16-core models.In theory, a chip with 16 cores with support for 32 threads can indeed handle 2.66 times as many threads as a processor that has 12 cores with 12 threads.However, as the results above show, the KaiSheng KH-40000/16 is even faster: 2.69 times in Integer tasks and 2.84 times in Float operations.The senior processor has only four more physical cores than the junior one, but its performance is almost three times better.It should be noted that Windows 10 and Windows 11 operating systems do not always work optimally with the task scheduler when an unfamiliar multicore processor is involved.Therefore, the results of the 12-core KaiSheng KH-40000/12 model, which was tested in Windows 10 Pro, may not reflect the real potential of the processor against the older model, which was tested in a more suitable environment.Even so, the multi-core performance of the 12-core model on the CentaurHoals architecture was expectedly higher than that of the chip on the preceding LuJiazui architecture.The latter chip not only has fewer cores, but also uses an older process technology and has a smaller L3 cache.In Integer and Float operations the difference in favor of the newcomer was 40 and 78%, respectively.However, as mentioned above, the overall performance level of KaiSheng KH-40000 processors and their predecessor Centaur CHA by modern standards is very modest.For example, the level of multi-threaded performance of 12-core KaiSheng KH-40000/12 in Windows environment is comparable to the eight-core AMD FX-8350. 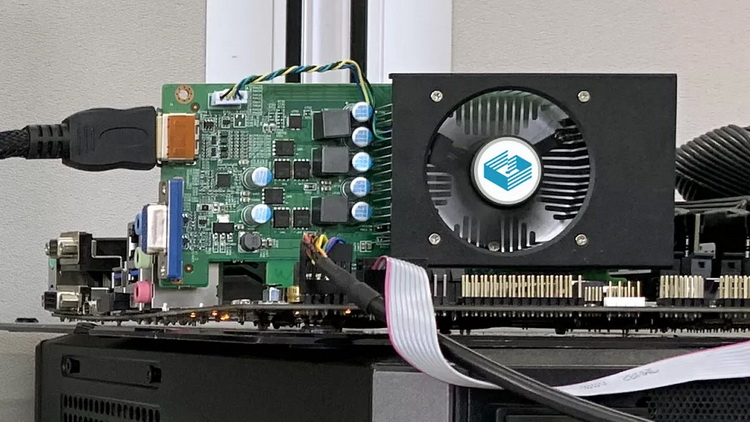 Geekbench database shows performance data of mysterious Chinese graphics gas pedal Zhaoxin Glenfly Arise 1020 in OpenCL test.The graphics card was tested with Zhaoxin's KaiXian KX-U6780A processor and a motherboard from the same manufacturer.Image source: GlenFly TechnologyThe graphics card test results look pretty weird.Either the Geekbench test failed to work properly with the gas pedal, or the video card was really very weak.It scored only 579 points.For comparison, even the entry-level model GeForce GTX 1650 scores about 38 thousand points in the same test.And the latest GeForce RTX 3070 keeps in the range of 135 thousand points. Image source: GeekBenchThe Glenfly Arise 1020 gas pedal was tested as part of a relatively modern system, at least according to its characteristics.The central processor here has eight cores with support for eight virtual threads and runs at about 2.7 GHz.He is accompanied by 8 GB of DDR4 memory.The video card Glenfly itself has on board 24 computing units, as well as 2 GB of memory.Such a configuration does not tie in with such low performance in this test. Image source: GeekbankshThe closest performance to the Zhaoxin Glenfly Arise 1020 is the integrated graphics Radeon HD 6480G or Radeon HD 6410D of entry-level AMD processors from 2011, as well as Arm Mali-G52 mobile chipset graphics from 2018 or Arm Mali-T860 from 2016.If you compare the Chinese graphics gas pedal with more modern solutions, it turns out to be about 20 times slower than the integrated graphics Radeon Vega 11 of Ryzen 5 2400G and Ryzen 5 3400G processors or about 60 times slower than the discrete GeForce GTX 1060 6GB.